now, that was a very hard time for everybody.

The Peebles family was no exception. They knew hard times. All too well they knew all about hard times. During the depression era they were sharecroppers in Lawrence County in the Courtland and Hillsboro area. Betty Drue Jane Tolbert was born at Mountain Home in November of 1902. Mountain Home was also the summer home for the  General Joseph Wheeler family. I always thought that was a little on the silly side to have a summer home  within a short buggy drive distance from your winter home. But Mountain Home was situated on a little foothill. There it was cooler and the insects were less numerous. For the Tolbert family Mountain Home was their summer home. It was their winter home, spring time home, and fall home. I gather it wasn’t all that much of a ‘home’ to begin with. Betty Drue Jane Tolbert married Robert Duncan Peebles, who was born in Lauderdale County in Center Star. He was born in 1898 and they married in 1917.

Before they were married they would walk around in Courtland. Once while they were walking a bear was there, right 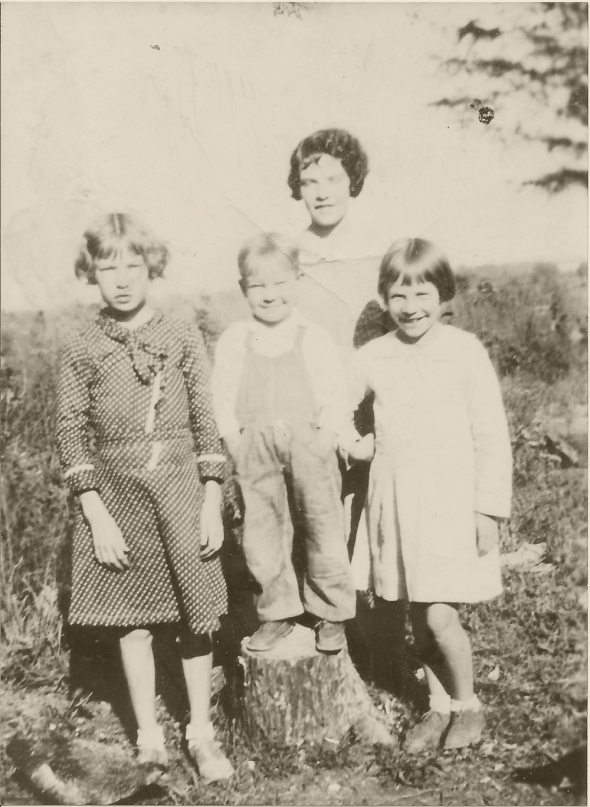 there in a yard of a  home that still exists today. It must have scared Drue because she recalled it decades later.

Living a sharecropper life is hard on the whole family. The second eldest daughter, Slena Mae Peebles, told of some of the sharecropping homes where the family lived. For most of them, they would put newspaper on the walls for what little protection against the elements it would provide. One place they lived she said the front porch was high and she and the other children would play under there. The cracks in the walls would let the cold wind right through. And the cracks in the floor would give a view of the chickens pecking under the house. She recalled they did not have toys or dolls to play with; but, rather, would break off twigs at the forks of a branch. The fork would make the legs for their headless, armless, faceless dolls.  I might add that she played the game of Jacks with me when I was little, and I would venture to say that she was the Jacks champeen of the world, so she must have had lots of practice with Preston and Ellen growing up. Sometimes in the spring the girls would pick passion flowers, pick off just the right number of pistils or stamen. Presto, they would have a ballerina doll. Although, I doubt they ever saw a ballerina at that point anyway.

One son, R.D. Peebles, imagined himself a preacher. That is him in his little overalls. He would get up on that stump and place those little hands on his gallouses and preach. He would preach hell fire and damnation. At least as best a little guy was able. On that stump, he held very long sermons, it would seem. His sermons often consisted of the all important biblical admonitions of  ‘dog’ and ‘hairpin.’ Now don’t laugh those were pretty impressive words for a little preacher. R.D.’s oldest daughter, Mary Jane Cochran, asked did I know that her Daddy had filled in as preacher at their church. I had not known that.

At Christmas they were truly excited to get an apple or an orange and maybe sometimes a piece of candy. They didn’t have much, but neither did others they  knew, except for the Wheelers. Miss Annie Wheeler had a real porcelain doll. Drue had evidently seen or heard of it.  Drue would show the girls a Sears and Roebuck catalog and ask them which dress did they like best. Preston, Slena Mae, and Ellen would pick out one they liked and Drue would hand sew them one like it.  They would later put the pages to that Sears & Roebuck catalog to good use with a little crumpling. The girls’ dresses were made of flour sacks, as was their underwear. One day, Drue informed Slena Mae that she didn’t have any more flour sacks to make her any drawers and Slena Mae cried at that thought.

Drue’s first school was the Wheeler Basin Church building situated across the highway from the Joe Wheeler home. Slena Mae talked of going to school at Midway. Her teacher was Mrs Glenice _____ . She also taught me when I went to Colbert County High School. Children were often put to work in the fields of necessity. This limited the schooling that the children received. Preston could pick 300 pounds of cotton a day. Slena Mae and Ellen were not far behind. They also hoed cotton for pennies a day. The cotton picking would yield a whole 75 cents…or was the cotton the whole family picked that amounted to 75 cents per day?

Volumes could be written about the memories of their stories and their life. The photo accompanying this posting was made about 1934. The family had just lost a child of about eighteen months in age, J. W.,  to whooping-cough, iirc. Slena Mae told of the little one’s teeth marks that were still in the wooden eating table after he died. He made the teeth marks during teething as they would sit at the table.

In 1940 Reynolds Metals Aluminum Company opened at Listerhill, Alabama. They hired and trained a lot of local men. Robert Duncan Peebles was one of those men. They had moved to Sheffield. They lived in Sheffield the rest of their lives. After a train crushed into the car as Robert and co-workers headed to Reynolds to work and a long hospital stay, Robert D. Peebles retired from Reynolds Metals Company.  He received a gold watch for his years of service. He was a mason, a bass fiddle and fiddle player, and he was talented in making things with his hands. Robert Peebles is the one that even when he died, all his grandchildren seemed to think they were his favorite.

A high school student interviewed Drue Peebles in the 1980’s for a school project that required an oral history of someone who lived during the Great Depression. When asked what did she remember most about the Great Depression, Drue replied simply. She said, “Being hungry.”